Hyper Neon Fishing is a game I worked on last year. Imagine a fast-paced, beat em up, aquarium simulator with creature collection mechanics. It was a lot of work for the time we had, but it’s filled with charm and we had a blast making it.

It started out as a four person team with me as the sole programmer, and we ended up growing to a whopping 11 person team after mid-semester cuts, adding three more programmers to the team. As the lead programmer on the project, I worked on things like:

This included a quick storyboard tool we used to build narrative, and setting up an event based dialogue system. This system listened for specific events during specific events so that characters in game could give advice or react to what you’re doing. This combined with the skip audio dialogue we cooked up added some real character to our game. 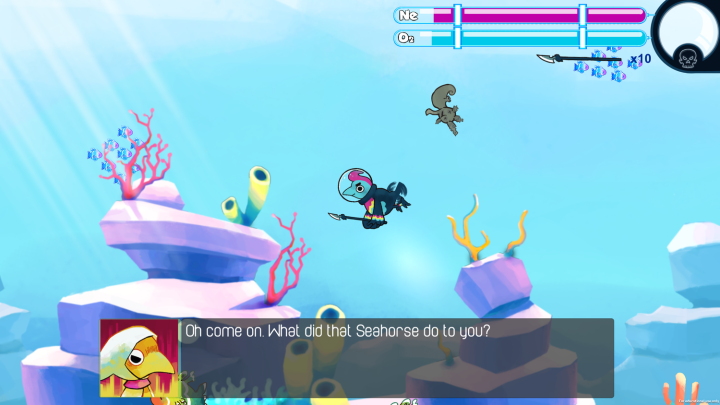 As a PvE game, Hyper Neon needed interesting interactions with the plentiful amount of fish in the ocean. I was in charge of writing the four unique AI behaviors for each fish in our game. This included some passive and docile fish, aggressive and territorial fish like the Barracuda, or graceful and defensive fish like the Kelpy.

Hyper Neon was a quest based game where the player would buy upgrades from the hub, choose a quest, and embark into the over world to complete their objectives. I set up the initial HUB world and worked with other programmers on the team to expand upon its systems. I also worked on a fun aquarium system, where the player could choose and customize what fish they display in their personal aquarium! 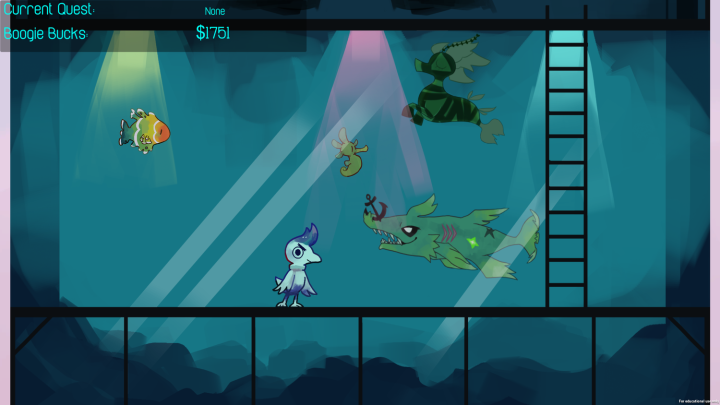 Organizing the other Programmers

As Lead Programmer I planned and oversaw the game’s systems, like the quest system, tutorial, combat mechanics, and environment mechanics. I was in charge of delegating roles among the programmers and assisting them and clarifying tasks whenever needed. It was a big challenge and my first time taking such a position, but I learned a lot about communication and planning through it all.

Our game was very well received by the faculty and we even had the opportunity to show it off at RPI’s Gamefest! If you have a ps4 controller at hand, you can even download and play the game right now on Itch.io. Play it here! You can also visit the Hyper Neon Fishing website!